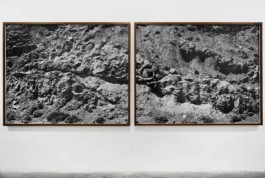 Matèria is pleased to present ‘An investigation of the laws observable in the composition, dissolution and restoration of land’, Fabio Barile’s second exhibition at the gallery.

‘A few hundred years hence, in this same place, another traveller, as despairing as myself, will mourn the disappearance of what I might have seen, but failed to see. I am subject to a double infirmity: I am hurt by everything I see, and I constantly reproach myself for not looking as much as I should.’ Claude Lévi-Strauss, “Tristes Tropiques”

At first glance, Fabio Barile’s practice could be said follow in the long tradition of Italian landscape photography which includes practitioners such as Luigi Ghirri, Guido Guidi, and Gabriele Basilico. On closer inspection, however, the images in An Investigation hew to a tight conceptual framework that belie their simplicity, asking deeper questions about the nature of Time, and geologic time— questions whose philosophical implications underpin scientific endeavor, human perception, and the unknowable forces of creative destruction at work in Nature and within the artist himself. The works in the show are tethered to their titles: geological descriptions and accounts of the experiments Barile undertook. Whether admired for their grandeur, or viewed as documents, the material alludes to the binary relationship between science and art, and the leaps made by artists and scientists toward one other, in the belief that startling connections are possible. The ambitious scope of the work produces a surprisingly internal travelogue of cosmic dimension.

Drawing from the realms of geography, physics, chemistry, and biology, An Investigation borrows from the multifarious approaches of geological observation and data collection and from the history of photography. These photographs are about looking as much as we should. James Hutton’s book ‘Theory of the Earth’ was seminal to the project and the artist cites Timothy O’Sullivan’s ‘Geological survey of the 40th parallel’ as a direct influence. Echoing early photography pioneers such as Blossfeldt, Le Gray and Bayard, Barile works on an unwieldy large format camera, evoking the arc of the photograph’s evolution, and linking photography to the bygone days of exploration. In an age where every mountain has been google-mapped and every island breached, Barile suggests that the only journey remaining is inside the image itself. And indeed, a slow reading of the photographs elicits what Romain Rolland called in a letter to Sigmund Freud in 1927, an oceanic feeling. Textures and striations of uneven planes in the rocks and landscapes provide clues as to how and when these ancient formations came to be. They also yield a sensual appreciation of Time’s inexorable march. As all images tend toward dissolution (digital photographs pixelate, paintings reveal brush strokes) a haptic visuality is elicited from the viewer. The viewer’s gaze travels across these images like a caress. The eyes fastening to them as though organs of touch. Barile’s invitation is most successful here, as it invites contemplation of the infinite rather than pulling us down the narrow path of a private narrative. After all, glacial formations are not going anywhere soon

As a juxtaposition to the noble, sombre images of ancient rock and landscape, Barile produced playful, decidedly lo-fi images of the scientific experiments he undertook that serve to round out An Investigation. Highlighting the disparity between man’s pursuit of knowledge and Nature’s inherent perfection, the artist used darkroom and everyday household materials, to replicate (on a smaller scale) the physical forces and natural phenomena that occurred beneath the surface of the earth over the 4.5 billion years of its existence. Barile says the experiments became the key to interpreting the landscape as a complex, hidden system, transforming it into a form of research, in the hopes of creating a vision that is not to be received passively, but rather, “interrogated by our gaze”. The analogue models do indeed explicate processes like the formation of stalactites and differential erosion using everything from crackers to Ikea furniture, but mostly serve as an attempt to stretch the viewer’s grasp of geologic or deep time. In so doing, Barile invites us into a mordantly funny, quasi-pathetic time machine of his own making, to travel to a time before humanity existed and to question what will be left when we cease to exist.

Knowing that images of nature can never be separated from nature, Barile accepts that the world has been exhausted by representations of itself. The natural world has become a simulacrum, manipulated for the purposes of revealing aesthetics lodged within ‘objective’ representation. The artist’s use of geological descriptions as image- titles, urges the viewer to consider far more than the science behind the geological structures. The large format prints, products of Barile’s obsessive gaze, are windows which give onto both a distant past and a presumptive future with geologic time as the connective tissue. Like a Renaissance artist, Barile considers art to be an instrument for understanding the universe— a view which implies reverence for the pioneers of modern science, chief among them, the father of geology, James Hutton (1726-1797), who first perceived that the earth is alive with geologic activity, as well as determining that the Earth is billions of years old. Glimpsing our planet’s history in these primordial landscapes inundates the imagination to the point of paralysis. How can we conceptualise geologic time? Numbers fail. One hundred thousand years or one hundred million years can’t be encompassed. The landscape is the only evidential inscription of deep time— both the victim and the perpetrator of change. It is the immensity of time writ large, in a language we can decipher.

A final word about photography as a natural process that has its origins in the same ancient earth: “The photographer deals in impressions that are enabled by the apparatus of the camera, chemicals, plate and light. Remarkably, this concept of impressions mirrors another natural process, namely, that of fossilization. If fossilization is an ancient impression of softer organisms onto harder geological forms, photography is its modern, mediated equivalent. It is the impression of gradations of light and shadow onto stone, metallic, or glass surfaces—themselves the elder products of geological forces. This new technology is written back into the earth’s deep history. The landscape crosses over to the order of the photograph, and vice versa; each an impression, each a fossil.”

Barile’s work takes us on a temporally dizzying journey through deep time not merely through the myriad geographical forms of his native land, but through the language of the photographic medium itself. 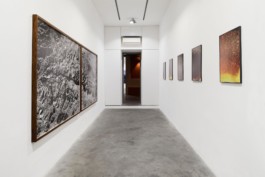 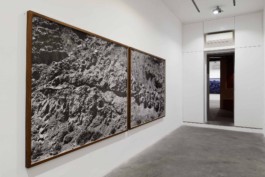 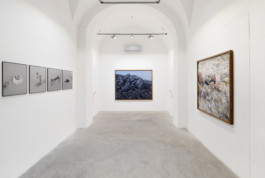 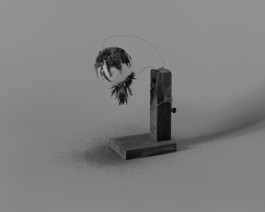 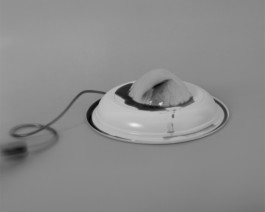 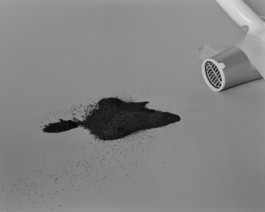 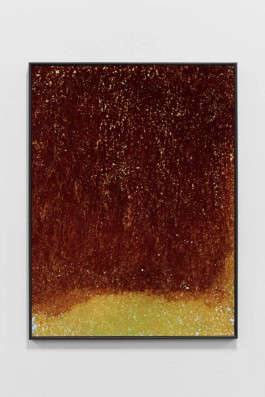 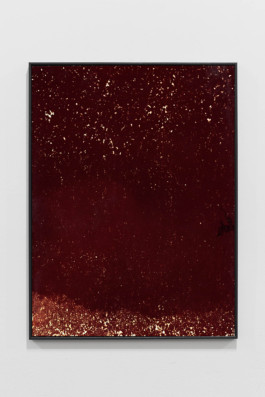 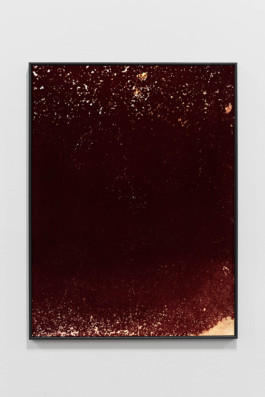 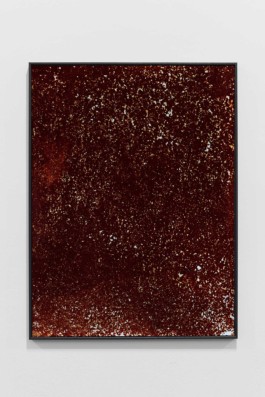