Matèria, in partnership with Aperture, is pleased to celebrate the release of Sunil Gupta’s most recent book We Were Here: Sexuality, Photography, and Cultural Difference (Aperture, 2022).

Join us at the gallery at 7pm, on Saturday December 3, for a conversation between Sunil Gupta, Charan Singh and Lina Pallotta, followed by Q&A and book signing.

We Were Here: Sexuality, Photography, and Cultural Difference offers an unparalleled firsthand account of the influential photographer and curator Sunil Gupta’s writing and critical inquiry since the 1970s. Newspaper articles, speeches, and essays show Gupta’s crucial role at the center of grassroots queer and postcolonial organizing throughout an artistic career lived between Canada, the UK, and India. In his pieces about homosexuality in Indian cities, the AIDS crisis, the Black Arts Movement, or key figures including Joy Gregory and Robert Mapplethorpe, Gupta foregrounds the power of cultural activism in the politically fraught contexts of London and Delhi, and illuminates the essential connections between queer migration and self-discovery. Continually questioning given forms of identity, Gupta offers artists and curators multiple strategies of resistance, carving out space for new ways of imagining what it might mean to live, love, and create.

Sunil Gupta (born in New Delhi, 1953) is a photographer, curator, writer, and activist. Gupta immigrated to Canada at the age of fifteen. He was educated in photography at the New School, New York and the Royal College of Art, London. Over a career spanning more than four decades, Gupta has maintained a visionary approach to photography, producing bodies of work that are pioneering in their social and political commentary. The artist’s diasporic experience of multiple cultures informs a practice dedicated to themes of race, migration, and queer identity—his own lived experience a point of departure for photographic projects, born from a desire to see himself and others like him represented in art history. Gupta’s work has been exhibited internationally and published in numerous monographs and catalogs, including Christopher Street, 1976 (2018) and From Here to Eternity (2020).

Lina Pallotta (b. San Salvatore Telesino, 1955) is an Italian documentary photographer, and a teacher. She graduated in “Photojournalism and Documentary” at the International Center of Photography (ICP), NYC. Her works have been exhibited in personal and group exhibitions in Europe and the U.S. and published in national and international publications. She received many grants & residencies, her works are held in private collections and museums. Her long-term projects focus on issues with a personal approach, on everyday life in situations of marginality, women issues and gender identity.

Charan Singh’s (b. New Delhi, 1978) research and practice are informed by his involvement with HIV/AIDS work and community activism, that uses the mediums of photography, video and text to explore his ‘pre-English language’ life to creates artistic resistance through storytelling and fictional fragments to express multi-layered gender experiences and the ephemeral nature of queer desire. His work reclaims subaltern queer identities, sub-cultures that has been defined mainly as victims. Thus, while refusing to form of subjugation, it investigates the institutionalized modes of knowledge productions that are stained with colonial past and are being overshadows by neo-colonial narratives in India. 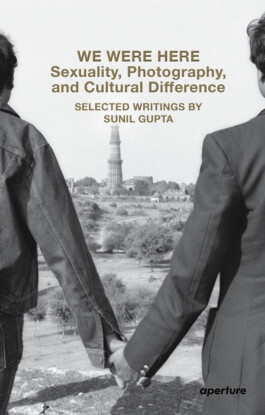